Winston Square is the new outdoor “living room” of the Westboro community in Ottawa.  Located at the south terminus of Winston Avenue at Richmond Road and dovetailed between the Royal Canadian Legion and the Dairy Queen and The Piggy Market, this previously dead-end street has been transformed into a new public space.

The Square is defined by free-standing metal walls clad in greenery in shapes inspired by the outlines of existing houses and rooflines found along Winston Avenue. These original single-family homes are disappearing as the community grows and evolves. The new facades preserve the character and proportions of old Westboro homes while framing the new urban space that playfully celebrates the architectural, cultural and historical identity and context of the local community.

In 2017, the Winston Chandelier was installed as public art project. Created by Adrian Göllner and Joanna Swim, it is inspired by the natural environment and local institutions surrounding Winston Square.

Westboro Village BIA coordinates activities and events for this urban space that draws the community and beyond into the heart of Westboro. In previous years, Winston Square has been used for small performances, and as a stop on the West End Studio Tour. 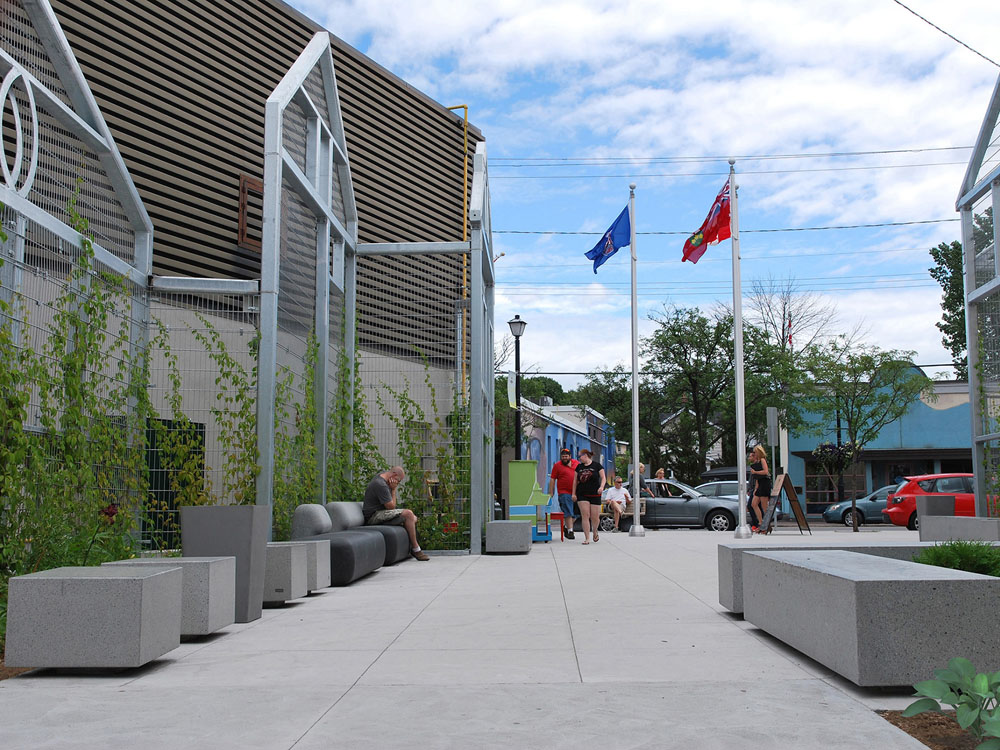